One of the most important things my mentor pointed out to me in Pitch Wars was my tendency to sabotage my own plot tension in tiny ways.

I would be writing along, maintaining my big story goals and my character arcs and my scene goals and all those lovely things, but then I would needlessly pull tension out of the scene by reminding the reader that life would be okay. Because my main character was quite competent and was good at reading people, she would size up the situation and decide not to be scared.

In THE MAGICAL CONSTANT OF RICE, my Pitch Wars story, Stana is a strong, well-trained girl, who can kick butt and take names. This makes it even more important to establish and maintain story tension for her. Otherwise, she would become too perfect–a cardboard character who can easily defeat all opponents.

He is incredibly competent and incredibly driven, but what makes his story so compelling is that the creators of the movie keep ratcheting up the tension on him throughout the whole story. He never gets a break, never has a moment where he can sit in some air duct and reflect on how everything is going to be fine because he has so many skills. Instead, he is constantly running into new problems that increase his story tension. They aren’t all terrorists–sometimes they’re broken glass–but they all make it more difficult for him to attain his goal.

Long ago, I heard someone describe storytelling as the process of stranding a character in a tree, then throwing rocks at them. The story happens as the character works to find a way to overcome the rocks and get back down out of the tree.

By allowing my character to reassure herself, I wasn’t throwing rocks at her. I was throwing feathers. They never quite reached her, so they did no damage, and she had nothing to overcome.

So create big rocks and throw them hard at your character in the tree. Give the reader a reason to fear for your protagonists and root for their success.

Published by Lorraine on November 4, 2017

Today, November 3, my Pitch Wars manuscript was posted to the Agent Showcase! It’s been a wild two-month ride, but I have emerged with a much better manuscript, thanks to my mentor Rhiannon Hart. Even though the Agent Showcase is the big set piece at the end of Pitch Wars, the skills I’ve gained and the camaraderie between the PW17 mentees feel even more valuable, in the long run. I’d love to get representation for this book, and have had requests from some fantastic agents, but even if I don’t, I will be embarking on my next novel project as a better writer than I have ever been before.

But it’s not all writing. Pitch Wars has given me the chance to really sharpen my Twitter collage game. Just look at this novel aesthetic! 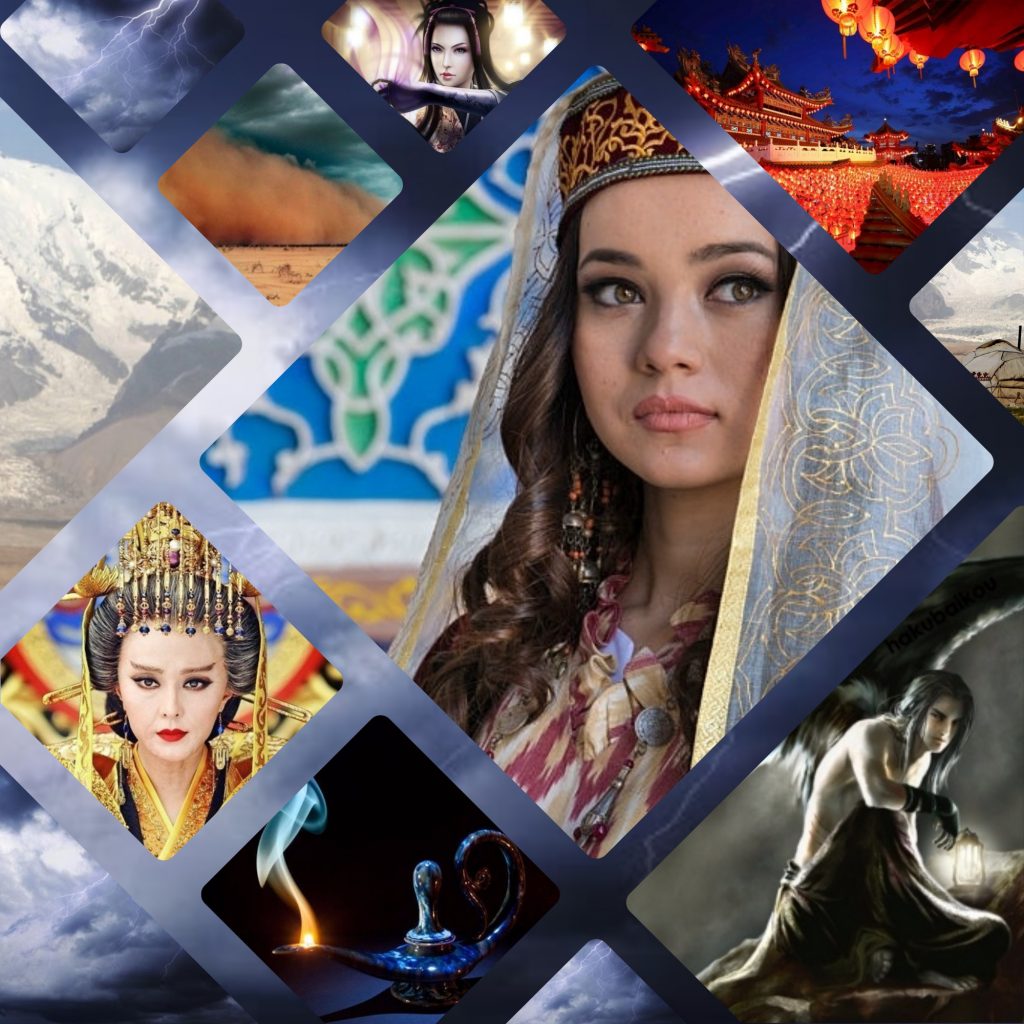 Here, dear readers, is THE MAGICAL CONSTANT OF RICE: Stana, Madame, Tarik, storms, lamps, and yurts. I hope to bring it to you in print one day, and if I ever do, it will be Pitch Wars that got me there.

I am a little late to this wagon train, but since I’ve finally come up with a high-concept pitch for my novel, I’ve decided to jump in. For PitchWars 2017, I’ll be subbing a young adult historical fantasy novel entitled THE MAGICAL CONSTANT OF RICE.

THE WIZARD OF OZ meets ARABIAN NIGHTS when a storm-wielding young sorceress must scheme her way home from an evil djinni’s domain.

This story was born of two of my great loves: skilled, confident girls and obscure history.

Stana, my main character, is born a slave outside of Samarkand at the turn of the fifteenth century. She is surrounded by violence and exploitation, but also by opportunity. In this fantasy version of our world, magic exists in everything–fire, air, water, rocks, art, craftsmanship, living beings, mythical creatures, gods, and goddesses. Most people never learn to use much magic, but Stana is determined to be a great sorceress, ensuring her own freedom and the power to control her destiny.

When my story starts, Stana is sixteen, and has studied magic for ten years under the elderly, devious Madame Qi. She is skilled enough to call down a sandstorm against her enemies, but not always skilled enough to make it go away again. She has a strong moral code and the confidence to pursue her own ends, even when they lead her into peril. Her weakness is her temper, which is a dangerous thing in a sorceress.

One morning, I thought of an opening line (which will undoubtedly be cut before the book is ever published), and the story just flowed from there. For reasons known only to my subconscious, Stana lives in medieval Central Asia, a location and time period I’ve never studied. Thankfully, research is my patronus.

Some interesting facts about Asia in 1402:

A small selection of the books that have influenced Stana’s story:

Fiction:
The Arabian Nights, edited by Muhsin J. al-Musawi
Ozma of Oz and The Wizard of Oz, by L. Frank Baum (Ogoz the djinni is inspired by the Nome King.)
Book of a Thousand Days, by Shannon Hale (Dashti lives just down the road from Stana.)
Alif the Unseen, by G. Willow Wilson (Genies! Jinnis! Djinnis! However you spell it!)
The Girl With Ghost Eyes, by M. H. Boroson
Temeraire, by Naomi Novik (History! Fantasy!)
Uprooted, by Naomi Novik
Six of Crows, by Leigh Bardugo
Binti, by Nnedi Okorafor (Binti and Stana both know what home feels like)
A Darker Shade of Magic, by V.E. Schwab (Stana would disapprove of Lila Bard’s morals, but they could kick butt together)
Every book I’ve ever read where the girl saves herself with her fists, her sword, or her wiles.

Nonfiction:
The Silk Roads: A New History of the World, by Peter Frankopan
Tamerlane: Sword of Islam, Conqueror of the World
China: A New Cultural History, by Cho-yun Hsu